Air pollution in the United States is a pervasive public health and environmental issue that costs the country billions of dollars annually in increased health care costs and environmental damage. This pollution also has significant potential to impact tourism (impaired visibility, regional haze) and other sectors (recreation, agriculture) due to impacts associated with anthropogenic (caused by human activity) -related global climate change.1 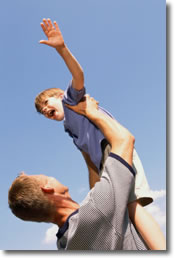 There are several recognized categories of air pollutants that are currently regulated by the federal and state governments, or are of concern to environmental and health scientists. The most important class of pollutants are those regulated by the United States Environmental protection Agency (EPA) under the Clean Air Act (CAA) as primary air pollutants, 2 for which EPA is required to set a National Ambient Air Quality Standard (NAAQS). To date these include sulfur dioxide (SOx), oxides of nitrogen (NOx), lead (Pb), carbon monoxide (CO), ozone, and particulate matter (PM). While ozone is not emitted directly as a pollutant, it is formed in the atmosphere (during particularly hot weather) as the result of a reaction between volatile organic compounds (VOCs) and NOx, (known as ozone “precursors”) in the presence of sunlight.

Pollutants for which the EPA has established a NAAQS represent chemicals and compounds whose emissions are pervasive national health problems, with ambient air concentrations exceeding health-based standards in many areas of the country. These pollutants may also cause severe environmental damage, such as water body eutrophication3 and deforestation due to acid rain (associated with SOx and NOx emissions, primarily from large power plants, that combine with moisture in the air to form atmospheric nitric and sulfuric acid). Areas of the country which exceed the NAAQS for any primary pollutant are designated as in “nonattainment” with the standard, and must undertake certain CAA-mandated emissions control measures, depending on the severity of the exceedance. EPA is required to review the latest scientific information and, if necessary, revise these standards. New, more protective standards for ozone and fine particulate matter just took effect in 2004

Other significant pollutants of public health and environmental concern include: 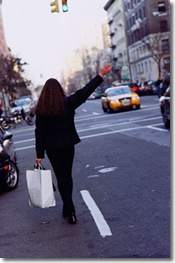 While air pollution comes from many sources, much of it is generated from processes related to energy use, transportation, and consumer products and equipment.

The transportation sector is responsible for significant quantities of VOCs, NOx, CO, CO2, fine particles and toxics. (For example, the EPA has determined that diesel exhaust is a probable human carcinogen.) 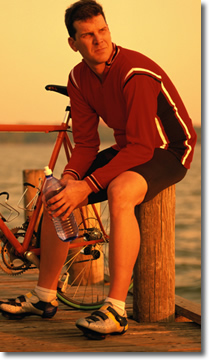 Reducing our energy consumption reduces pollution emissions and the demand for imported energy, particularly petroleum. How can we reduce energy use and air pollution?

Another issue is the impact of transported air pollution, particularly in the northeast United States. Air pollution generated hundreds of miles away (particularly from tall smokestacks or large urban areas with great numbers of vehicles and high power consumption) may be carried by prevailing winds and be deposited (in the case of particles), or react to form other pollutants (such as ozone from transported NOx and VOCs), far downwind from where the pollution was actually emitted. Thus certain regions can take steps to reduce emissions yet still find that transported pollution causes the area to exceed air quality standards. For example, smoke particles from large forest fires, can often be measured hundreds or even thousands of miles downwind several days after the fire emissions are released. Scientist can track pollution from one area of the country to another, or even across continents (for example, smoke from the volcanic explosion from Mt. St. Helen or nuclear fallout from the Chernobyl accident were detected throughout much of Eastern Europe and in other parts of the globe for many weeks after the events).

So while the traditional viewpoint is that industry and commercial operations account for most pollution, in reality it is you and I in our daily activities that are responsible for most pollution! In fact, nearly one third to one half of many of the major pollutants comes from the transportation sector. In the words of the cartoon character Pogo “We have met the enemy, and they is us…”.