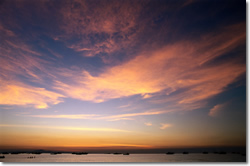 Dubbed “quicksilver” by Aristotle,1 mercury is a heavy metal with unusual physical characteristics, such as a low melting point,2 that make it suitable for a variety of uses. It can be found in countless modern-day products, from thermometers and fluorescent light bulbs to dental fillings. Unfortunately, this unique metal is toxic to humans, and exposure can lead to neurological damage, coma, and death.3 In fact, it is estimated that each year over 60,000 U.S. children are born at risk for learning and other disabilities as a result of prenatal methyl mercury exposure.4 The dangers of mercury poisoning have not always been acknowledged. In fact, mercury has been used historically as a medication. The Lewis and Clark expedition used mercury products to treat syphilis, gonorrhea, and constipation.5 Mercury is no longer used in this way, but mercury exposure is still a widespread concern, as its presence in polluted air and even seafood threaten public health.

Though the study of mercury poisoning is relatively young,6 the tragic effects of mercury exposure are well known since the event of several large-scale poisonings around the world. One of the first occurred from 1953 to 1971 in Minamata, Japan, where 700 inhabitants were afflicted by mental confusion, convulsions, and coma. Of these victims, 38% died. Many children born during this period developed cerebral palsy and suffered from chorea, ataxia, tremors, seizures, and mental retardation. Upon investigation, it was found that the locals of this bayside town, including pregnant women, had been eating fish that had been contaminated by waste products from a local factory. The villagers were, in fact, suffering the effects of mercury poisoning.7 A similar epidemic occurred in Niigata, Japan in 1964, and was again traced to methyl mercury exposure through contaminated fish.8 Grain contamination from methyl mercury fungicides was responsible for 6,000 victims, including 500 deaths, in Iraq in 1971-1972.9 In 1997, a university chemistry professor studying the biologic toxicity of heavy metals died months after accidentally spilling several drops of dimethyl mercury on her gloved hand, proving that even brief exposure to this super toxic form of mercury can be fatal even in small amounts.10 As these various situations show, mercury exposure can be a serious and deadly threat to public health.

Both organic and inorganic forms of mercury are toxic in humans. Vapor from elemental mercury, the inorganic form used in thermometers, can be inhaled and absorbed through the lungs. Inorganic mercuric salts and organic (methyl) mercury are absorbed readily through the gastrointestinal tract and skin. Poisoning from elemental mercury vapor affects the central nervous system, and can result in weariness, anorexia and weight loss, timidity, memory loss, insomnia, excitability, and delirium.11 Hat makers suffered these effects after work-related mercury exposure, prompting the phrase “mad as a hatter,” and inspiring the Mad Hatter character in Alice in Wonderland.12 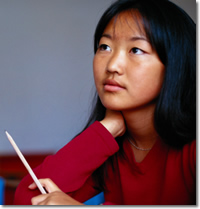 Mercury exposure in other forms causes maladies ranging from inflammation of the gums and dermatitis to gastrointestinal and kidney problems. Mercury poisoning can affect sight, hearing, speech, coordination, and memory, and can lead to paralysis and coma.13 Severe cases, such as that of the chemistry professor, can result in death.14 Children sometimes develop Acrodynia, or Pink’s disease, after handling mercury, and children exposed prenatally can develop cerebral palsy,15 as was the case in the Minamata epidemic (see above). Mercury exposure during pregnancy has also been linked to an increased risk of miscarriage and mental retardation.16 Treatment for mercury poisoning often involves chelation therapy, which attempts to halt the effects of the toxin.17 In spite of this treatment, however, the neurologic effects of mercury poisoning can be permanent.18 Clearly, exposure to mercury should be avoided.

Humans are exposed to mercury in a variety of ways. The air is contaminated with mercury from volcanoes, coal-fired power plants, crematoriums, and medical or municipal waste incinerators. Everyday objects such as fluorescent light bulbs, disk batteries, and thermometers may contain mercury.19 Many large, predatory fish such as swordfish, shark, and tuna are contaminated with mercury,20 and pregnant or breastfeeding women who eat these fish during pregnancy may risk fetal exposure to methyl mercury.21 During the 1980s, household paints sometimes contained mercury as a fungicide.22 Folk remedies such as calomel contain mercury, and groups who practice Santaria, a religion native to Haiti, sometimes carry mercury or sprinkle it in their homes for good luck.23 Even dental fillings and some vaccines can contain small amounts of mercury.24 Everyday life provides numerous opportunities for exposure to this dangerous toxin.

The best way to avoid the harmful effects of mercury is to prevent exposure.25 Household objects such as mercury thermometers should be kept away from children, and any mercury spills should be cleaned up thoroughly, as directed by environmental control professionals.26 Mercuric folk remedies should not be used, and the FDA recommends that pregnant women should avoid ingestion of large fish such as swordfish, shark, mackerel, and tilefish during pregnancy due to a high probability of mercury contamination.27 People who work in a laboratory setting should minimize handling of mercury, and should ensure that the proper chemically impermeable gloves are worn at all times.28 Factories and waste incinerating facilities should minimize the release of mercury into the air and water.29

Though much remains to be learned about the long-term effects of mercury poisoning, progress in prevention is being made. Paint no longer contains mercuric fungicides, and mercury has been replaced by other preservatives in many vaccines.30 With continued study and proper precautions, the maladies associated with this unique metal can be prevented.