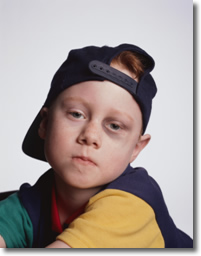 Lead is a heavy metal that humans have mined for 6,000 years.1 From cooking utensils in ancient Rome2 to a therapeutic bathing ingredient in 18th century America,3 lead has been used for a multitude of purposes. Unfortunately, lead is a powerful neurotoxin in humans that can cause cognitive impairments, acute toxicity, or in severe cases, death.4 Though the incidence of severe poisoning has become less prevalent in recent years due to increased public health efforts, lead poisoning remains a widespread threat. In the United States alone, 454,000 children were reported as having unsafe blood lead levels in the year 2000,5 and over one million construction workers are routinely exposed to occupational lead.6 The Centers for Disease Control and Prevention now consider blood lead levels greater than 10 µg/dl (micrograms per deciliter) to be dangerous.

Lead poisoning is not a new phenomenon. Homicide by lead poisoning was recorded by the Egyptians on papyrus scrolls, and Pliny reported lead poisoning among shipbuilders. The Romans, who used lead for water pipes, pottery glaze, and wine sweetener, manufactured 60,000 tons of lead per year. It is speculated that the negative effects of such widespread lead use among the Roman elite may have contributed to the eventual fall of the Empire.7 Medieval and Renaissance times brought leaded medicines, sweeteners, roofing, and stained glass windows, with predictable results. Centuries of European “plagues,” including the Devonshire Colic, are now attributed to lead poisoning.8 Lead poisoning probably contributed to the decline and death of U.S. President Andrew Jackson in 1845, who was prescribed a medication of sugar of lead, and who retained two lead bullets in his body as a result of dueling.9 Before the turn of the 20th century, over 1,000 cases of lead poisoning were reported in Utah lead mines per year. In the early 20th century, lead poisoning took its toll on drinkers of lead-contaminated “moonshine” whiskey, who developed renal disease, saturnine gout, and hypertension.10 Over the last century, lead has been widely used in ammunition, gasoline, and paint. Leaded gasoline was introduced 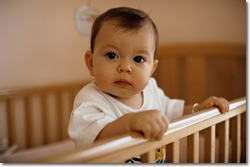 in the 1920s, and was responsible for raised lead levels nationwide until the late 1980s.11 Though the ill-effects of lead paint were proven, lead-manufacturing companies continued to advertise it as safe. 12 White lead paint was used widely in both exterior and interior capacities, and children chewed on lead-painted toys and cribs, resulting in “a variety of physical and nervous disorders.” In spite of decades of public health concerns, interior paints continued to contain lead until the late 1950's. In the United States, lead paint was finally prohibited by law in 1978, but still exists in many older buildings.13

Though lead has been eliminated from automotive fuels and new paints and pipes, lead poisoning continues to be a public health problem. Flaking paint on windowsills and walls threatens the inhabitants of older buildings,14 while demolition and remodeling of such buildings puts area children and construction workers at risk. Lead-painted steel highways and bridges can be particularly hazardous for such workers.15 General populations can be exposed to lead through contaminated water supplies in their homes,16 and lead traces can be found in the soil.17 Industrial emissions can contaminate the air surrounding factories or smelters. The workplace is the primary source of exposure in adults. Occupations such as smelting, battery making, ship burning, soldering, stained glass manufacture, brass foundry work, and lead-based paint abatement are all a significant source of adult exposure.18 Lead glazing on pottery can contaminate food. Many lead manufacturing factories have moved to less-regulated developing countries, subjecting the inhabitants to higher levels of exposure.19 Lead exposure can occur from spending significant time at indoor firing ranges,20 from burning candles with leaded wicks,21 and from traditional/folk remedies.22 Infants born prematurely who receive blood transfusions may be exposed through lead-contaminated blood.23 Even calcium supplements and foods such as raisins, berries, and wine can contain small amounts of lead.24 Clearly, numerous opportunities exist for exposure to this dangerous toxin. 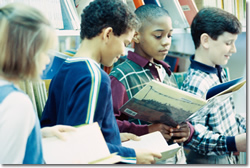 Though people of all ages are at risk of lead exposure, it is children who are most endangered by its poisonous effects while they grow and develop. In fact, children's capacity to absorb 4 times more contamination than adults targets them as a high risk group for toxic exposures.25 Lead exposure in children causes lowered IQ, and may be linked to attention and behavioral problems.26 Though treatments can be used to prevent further damage, the cognitive effects of lead are permanent.27 Severe lead poisoning can result in seizures, coma, and death. Fortunately, this has become an uncommon occurrence in recent decades.28 Among children, minorities and low-income inner-city children are disproportionately at risk of lead poisoning. While 4% of all American children exceed the toxic threshold of 10 µg/dl, 36% of urban African American children surpass this lead level.29 Children living in old or deteriorating houses are most at risk, as such residences are likely locations for flaking interior or exterior lead paint, dust, and lead pipes.30 Children ingest lead by breathing contaminated dust in the air or by chewing windowsills and other lead painted surfaces.31 Since 25% of children's homes contain lead paint, the threat of ingestion is significant.32 The tendency to eat non-food items is exaggerated in iron-deficient children, who are at greater risk of lead poisoning and demonstrate higher blood lead levels than children who are not iron deficient.33 Because prevention of lead ingestion is so important, the American Academy of Pediatrics recommends that all children thought to be at risk should be screened for high blood lead levels.34 Lead poisoning is a continuing threat for children in the United States and worldwide.

Lead is a threat well before birth. The developing fetus is particularly susceptible to the harmful effects of lead.35 Though years may have passed since maternal exposure to the substance, the skeletal system retains lead for decades.36 Calcium mobilization from the mother's bones, intended to aid in fetal bone formation, also releases skeletal lead and poses a risk for the health of the fetus. 37 This prenatal exposure to lead is linked to low birth weight and impaired weight gain after birth. Prenatal lead exposure causes cognitive deficits in the form of lower scores on intelligence tests and lower fine motor and visual motor skills during the preschool years.38 Lead poisoning may also contribute to miscarriage.39 Maternal lead may be transmitted to infants in breast milk as well.40 Clearly, lead is harmful to the health of the fetus and infant. Though maternal bone lead cannot be eradicated, its release during pregnancy may be limited by ensuring that calcium is a regular part of the mother's diet during pregnancy and breast feeding. If sufficient calcium is provided in this way, the release of the mother's skeletal calcium may be minimal, thus preventing large amounts of maternal calcium and lead from reaching the growing fetus or infant.41 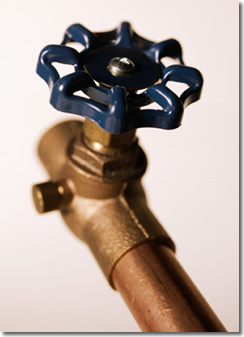 Since damage from lead poisoning is virtually irreversible even with treatment, the best way to avoid the permanent effects of lead is to prevent exposure.42 In houses where children will live, lead paint should be removed and replaced whenever possible. Paint chips should be cleaned up, and problem areas such as lead-painted windowsills should be blocked with furniture to prevent access by children.43 Water supplies should be checked to ensure that leaded pipes are not contaminating the drinking supply, and lead pipes in homes should be replaced. Sufficient nutrition is important at all ages, as diets high in iron and calcium minimize lead absorption.44 Adults who work in high-exposure occupations should shower and change clothes at work to avoid bringing lead into their homes. Care should be taken when using lead for hobbies, and all traditional remedies containing lead should be avoided.45 Screening of children deemed at-risk ensures early detection of high lead levels, and enables parents to eliminate risk factors and prevent further exposure. Though treatments are important, prevention is the surest way to avoid the detrimental effects of lead poisoning.

Lead poisoning has been a scourge to public health for thousands of years. It has taken many lives, and untold numbers of people have suffered the various maladies associated with exposure. Though lead remains an enormous public health concern, blood lead levels have declined in recent decades. Increased public awareness, routine screening, and lead paint abatement efforts are slowly reducing the severity and frequency of lead poisoning. With continued public health efforts and increased parental awareness, it is hoped that the dangers of lead poisoning that have persisted for 6,000 years can be laid to rest forever.