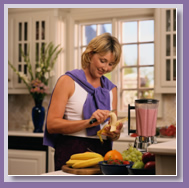 Keep eating! Even though a pregnant woman’s belly does not show she’s pregnant, her fetus is bulking up in a hurry.


The fetus experiences a huge burst of growth between 9 and 10 weeks as weight increases approximately 77 percent.1

The corpus callosum, which connects the left and right sides of the brain, begins to develop at this time.2

Vocal cords in action: our ability to sing and talk originates in the womb when vocal cords begin developing in the ten week fetus.


Upon stimulation of the upper eyelid, the eyes roll downward.3 This marks the first sign of eye movement. Vocal cords are developing.4 The fetus yawns and often opens and closes the jaw as early as 9½ weeks.5 Most fetuses suck their thumbs (usually preferring the right thumb).6

The 10-week fetus has already perfected this one! Long before you ever had to sit through lengthy classes, you were yawning in the womb.

The sections of the intestine temporarily displaced into the umbilical cord by the precociously-large liver return to the abdominal cavity. By this time the abdomen has grown large enough to hold everything it will permanently house.7

Blood-filtering groups of capillaries called glomeruli (glo-mar’yu-li) begin their formation in the kidneys.8 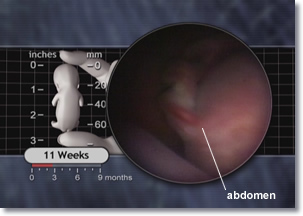 Figure 10.1 - Intestines Have Returned to Abdomen
By about ten weeks all the intestines fit inside the larger fetus.
The Biology of Prenatal Development DVD
Copyright © 2006 EHD, Inc. All rights reserved.


By this point, ossification is underway in most bones.9 At the ends of the fingers and toes, nails begin to emerge,10 as do fingerprints.11 These patterns can be used for identification throughout life.12

Although humans have noticed fingerprints for many centuries (a prehistoric Native American carving depicts a hand complete with fingerprint patterns), they have been routinely used for identification only in the past hundred years. William James Herschel was one of the early pioneers of fingerprinting, or rather hand-printing.

Working in India in 1858, he required illiterate workers to leave a handprint when picking up their paychecks. The prints thus recorded positively identified the worker, since each human's unique whorls and loops never change. For the workers, however, the handprint derived its strength not for scientific reasons, but because they believed that the physical contact of the handprint gave Herschel power over them. In 1892, Sir Francis Galton (cousin to Charles Darwin) wrote the first book on fingerprints. There he stated his belief that fingerprints were ideal for identification, as they were unique and unchanging. Galton set up the basic method of classification still used today. Mark Twain used fingerprints to convict a murderer in a story as early as 1883, but the use of fingerprints in U.S. law enforcement lagged far behind fiction. It wasn't until 1903 that the New York State Prison System began fingerprinting criminals. A worldwide system began in 1924, and held ten million prints by 1946. In 1980, the FBI created the computerized Criminal Fingerprint File, which now allows requests for fingerprint identification to be processed and returned within one day. Currently, courts routinely use fingerprints from crime scenes in convictions.