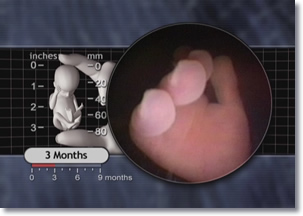 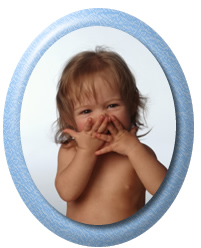 We have all seen babies and little kids touching their mouths – an attraction that begins in the 9-week fetus and becomes common by 12 weeks.

A division between the oral and nasal cavities forms this week as the opening in the roof of the mouth fuses shut. 1Fetuses often touch their mouths, sometimes up to 50 times per hour.2The jaw opens reflexively in response to pressure at the base of the thumb.3

Up to this point in development, sodium and water transfer through the skin helped regulate the volume of amniotic fluid.6 By 12 weeks, as the skin continues to thicken, this transfer is no longer possible. 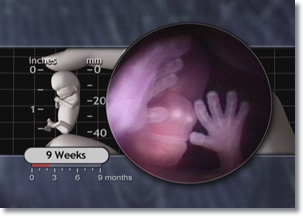 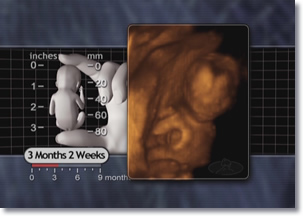 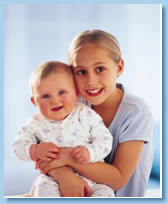 
The second trimester of pregnancy begins at 13 weeks. Between 13 and 15 weeks, the four lobes of the cerebral cortex have developed.7 The face continues to mature: the nasal plugs disappear,8 fat deposits fill out the cheeks9 and tooth development begins.10

Growth of the lining of the large airways is well underway with cilia appearing for the first time at 13 weeks.11 Cilia are tiny hair-like projections extending from cells lining the airway. They serve to trap and move mucous and debris toward the throat. Cilia provide an important defense against foreign material and some infections. Mature cells lining the airways will have approximately 200 cilia each.12 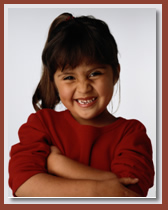 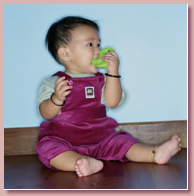 From a teething toddler to a child losing her baby teeth, our teeth go through many stages – the first of which starts in the womb where tooth development begins by 13 weeks. 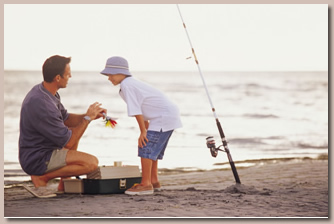 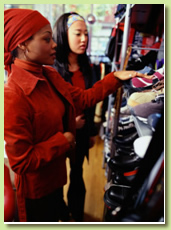 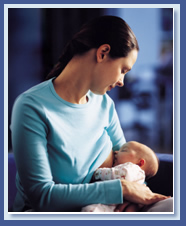 The beauty of breastfeeding is made easier by the rooting reflex - a reflex first seen in the 14-week fetus.


Gender dependent developmental differences appear for the first time starting at 14 weeks. For instance, female fetuses exhibit mouth movement more frequently than males and this difference increases with advancing age.13 In contrast to the withdrawal response seen earlier, stimulation near the mouth now evokes a turn toward the stimulus while the fetus opens the mouth.14 This reflex mimics the rooting reflex15 which persists after birth to help the newborn find his or her mother’s nipple during breastfeeding.16

Quickening: originally quick meant living, as in the old phrase "the quick and the dead." In the fourteenth century, Chaucer used the word as the opposite of dead: "Nat fully quyke, ne fully dede they were." We still use the word to mean the part that is alive in expressions like "the quick of the nail" although mostly we use the word to mean rapid or swift or brief. Quick can also mean lively or alert or sharp as in "quick wit." Quickening is the first time a woman feels the fetus moving, generally between 16 and 20 weeks after fertilization for a first-time mother or between 14 and 18 weeks thereafter. After the first pregnancy, women better know what to expect. Body shape and size also influences the timing: smaller and thinner women experience quickening earlier than do their larger and less svelte counterparts. Fetal position and placenta location can also influence when a woman feels movement.

Although movement begins in the six week embryo,17 a pregnant woman first senses fetal movement between 14 and 18 weeks.18 Traditionally, this event has been called quickening.19 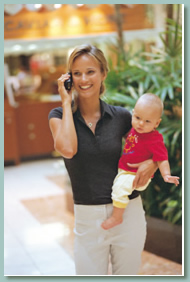 That first kick from inside the womb prompts many moms to share the exciting news.

By 16 weeks, the fetus produces many of the same hormones found in adults. Painful procedures trigger a hormonal stress response. As in newborns and adults, pain is followed by the release of cortisol (kor’ti’sol), ß-endorphins (ba’ta en’dor-finz), and norepinephrine (nor’ep’i-nef’rin) into the blood stream.20

Ouch! The same hormones that help you respond to the painful prick of a needle are already produced by the 16-week fetus.

By 15 weeks stem cells arrive and multiply in the bone marrow.21 Most blood cell formation will eventually occur here. In the respiratory system, the bronchial tree is now nearly complete.22 All airways contain smooth muscle and nerve bundles.23